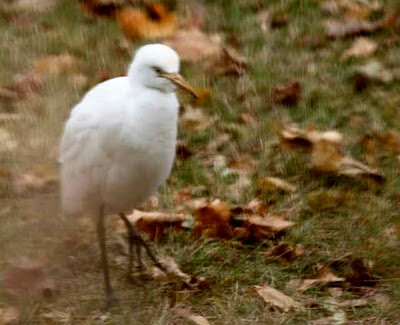 A few days before Thanksgiving this Cattle Egret (Bubulcus ibis) appeared in our front yard. These birds aren't common in Michigan, but worldwide they have been very successful. Originally from Africa and Asia, they appeared in the Americas in the late 1800s and have spread throughout the Caribbean, Central America, and North & South America. While, this one really looked out of place in Kalamazoo, the species does appear on Audubon's Checklist of Michigan Birds.
Posted by Chuck Stull at 7:00 AM