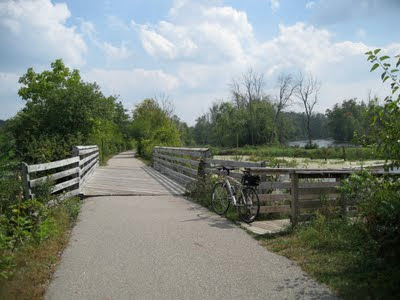 The Paul Henry - Thornapple Trail is a developing rail-trail in west Michigan. Only selected segments are currently open, including one out of Middleville, which is about an hour's drive north of Kalamazoo. The paved section of the trail is less than 4 miles long (one-way) so it's not a major adventure, but it runs along a pretty stretch of the Thornapple River. There are no hills and no road crossings on this section, which would make for a kid-friendly outing.

On an afternoon ride earlier this week, I was impressed by the variety of birds & animal life. The mill ponds at Middleville had the usual Canada Geese & Mute Swans but they were joined by a Great Egret hunting in the shallows, a species I associate with Florida. A few minutes later a pair of deer ran across the trail in front of me. On the return trip, a garter snake sped across the trail and two Sandhill Cranes called from the adjoining wetland.

The paved trail ended at McCann Road, which made a fairly short ride. Across the road, an unpaved section continued east. I wasn't sure how well my bike would fare on the grassy path, but it had been mowed and cleared of obstacles so the riding wasn't bad. (Although wider tires would have probably been more comfortable.) That section of trail ended at Irving Road. Eventually the trail will continue to Hastings which would make a really nice ride. 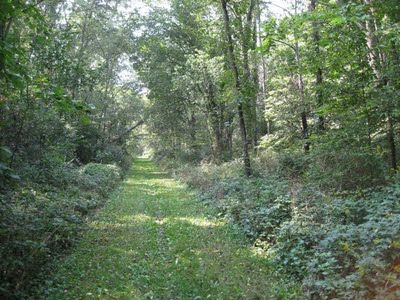 Overall plans for the trail are ambitious. When complete, the trail will run from suburban Grand Rapids through Middleville, Hastings, Nashville, Vermontville, Charlotte, and Eaton Rapids-- over 40 miles. This Google map shows the current and planned route. West Michigan Trails also has a map and information on the trail

The Middleville trailhead is at the gazebo and stagecoach, near the restored downtown. The Village Hall provides restrooms and plenty of parking. 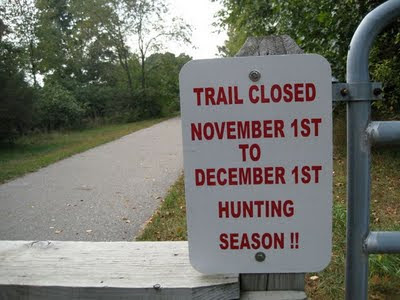