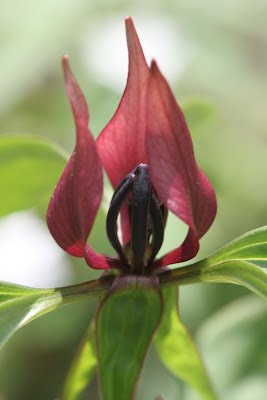 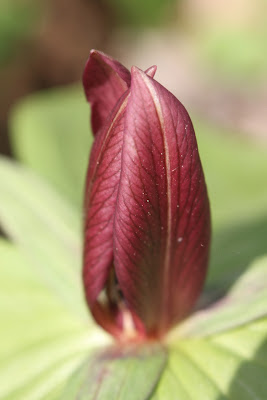 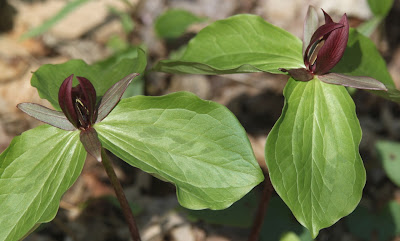 I had a hard time telling the two trilliums apart since the individual variations between plants (differences in leaf color-- mottling-- and fullness of bloom) were more obvious than the differences between the species. A little online research showed that Prairie Trillium leaves have stalks, giving them a little separation from the flower, while the Toad Trillium's leaves appear to be connected at the base of the flower. The other identifying characteristic involves the sepals-- three petal-like structures beneath the three true petals. Prairie Trillium sepals point downward, while Toad Trillium sepals are horizontal.
Posted by Chuck Stull at 9:15 AM