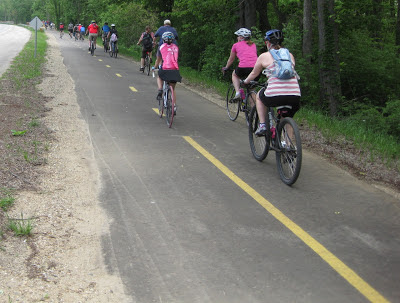 The final event for Kalamazoo Bike Week 2013 was a ride from Bell's Eccentric Cafe in downtown Kalamazoo to their production brewery in Comstock.  The ride was about 7 miles each way, half on the Kalamazoo Valley River Trail and half on M-96.  The ride was a fundraiser to build the final 13 miles of the KVRT. 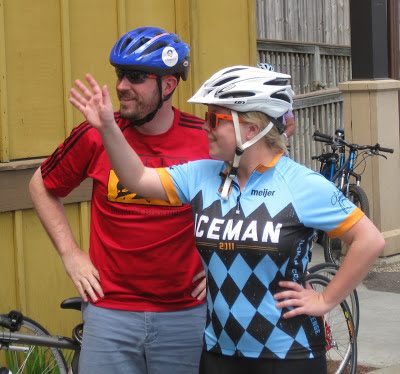 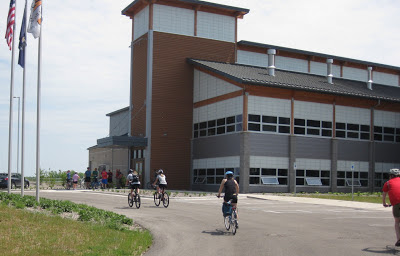 At the brewery, Bell's staff led tours showing off their expanded production facilities, including environmentally- friendly features like their energy recovery system and green roof. 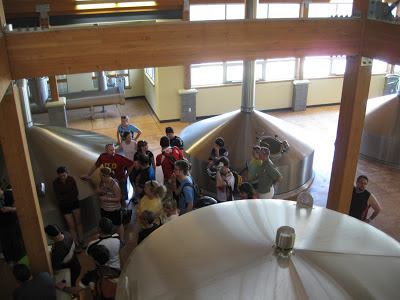 After the ride, cyclists relaxed over  a beer at the Eccentric Cafe and had the opportunity to win Bell's merchandise in a raffle.

I didn't win any prizes but I did enjoy a couple of specialty beers.  The weather was perfect, both for the ride and for Bell's beer garden. 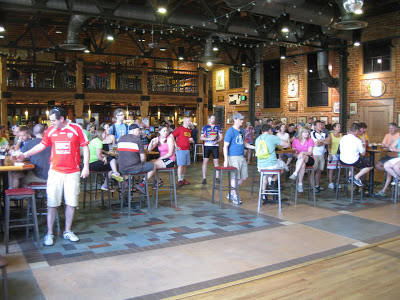 The next addition to the trail will run along the Kalamazoo River behind Bell's brewery making future Bells to Bells rides even more attractive.  Long run plans include connecting the trail to Battle Creek's linear park and eventually creating a system of bike trails that link together across the state.
Posted by Chuck Stull at 7:34 PM