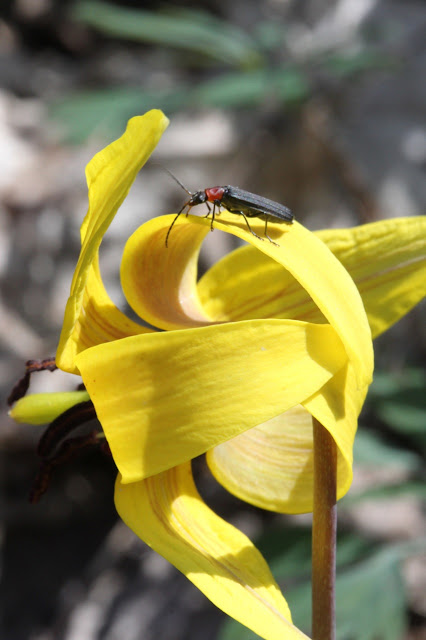 Yesterday morning didn't look like a promising day for wildflowers in Kalamazoo.  Then the skies got even darker and dropped big hailstones (mostly about a quarter inch but the biggest were a full inch across) followed by heavy rain.  But, by mid-afternoon, the sky was clear and bright.  When I finished some grading, I drove out to the Kalamazoo Nature Center to see how the season was progressing. 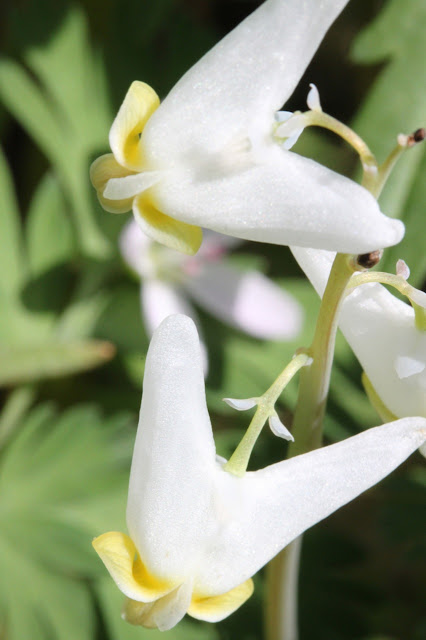 Lots of wildflowers were in bloom.  Spring Beauty, Toothwort, Trout Lily, Dutchman's Breeches, and Marsh Marigolds seemed to be at their peak.  Rue Anemone were widespread.  The Spicebush near the Kalamazoo River, were dotted with clusters of small yellow flowers.  With temperatures reaching 80 degrees, some of these may go to seed quickly. 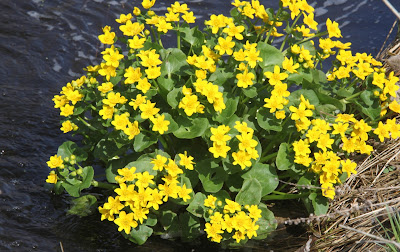 The Hepatica, which were in full bloom last week, had already formed seedheads and their fresh leaves (that will last until next Spring) had emerged. 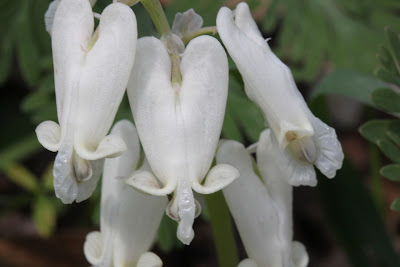 There were some signs of the next wave of blooms.  Squirrel Corn, which bloom later than the closely related Dutchman's Breeches, were showing some immature green blossoms and, in sunny areas, a few were in full flower.  Mayapple umbrellas were open in big clusters.  Lots of Trillium had unopened buds.  Those may flower by this weekend. 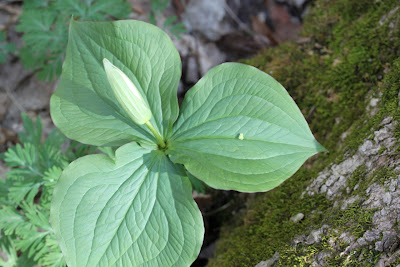 Besides the flowers, it was a reasonable day for wildlife watching.  I saw a Wild Turkey from the parking lot, a Pileated Woodpecker near the river, and lots of turtles and one water snake sunning in the pond.  Not a bad end to a day in the woods.
Posted by Chuck Stull at 8:26 AM