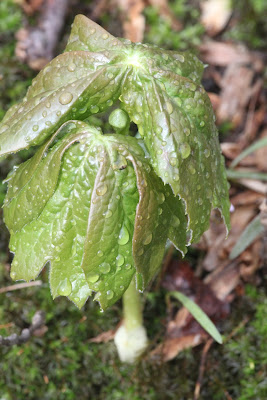 Spring feels a little late this year but it is progressing. Plants that were just budding a week ago are now blooming. Spring Beauty looks to be at its peak. Large patches of green foliage cover the forest floor bringing promises of future blooms. 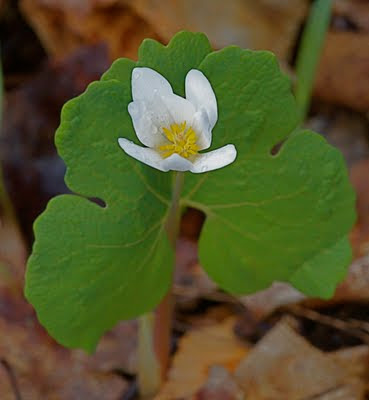 Bloodroot (Sanguinaria canadensis) is near its peak. The rain has beaten up some flowers while others remain partially closed to protect their pollen. Clusters of the white flowers, each backed by its own large, round, deeply cleft leaf, are quite striking. 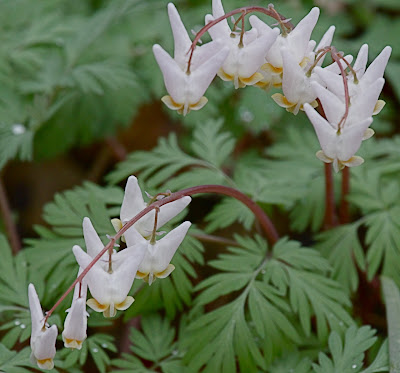 Dutchman's Breeches (Dicentra cucullaria) are probably my favorite early spring wildflower. There's something about the way the clusters of V-shaped flowers are suspended from the arching stem that's both attractive and amusing. They haven't reached their peak yet, this season, so they're about two weeks later than 2010. 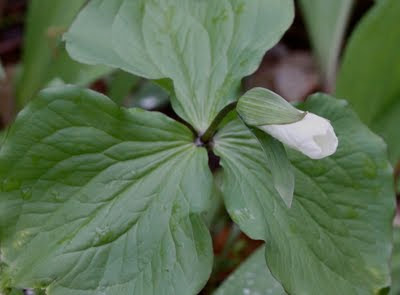