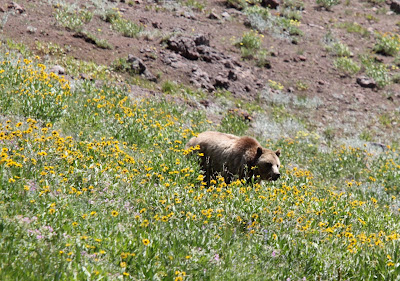 Grizzly Bears are omnivores, eating both plants and animals.  They hibernate in the winter.  They are significantly larger than the Black Bear.  Grizzly attacks on people are rare, but they can be fatal, so it's worth taking safety precautions.

The bear pictured here, drew quite a crowd of spectators at roadside in Yellowstone National Park. 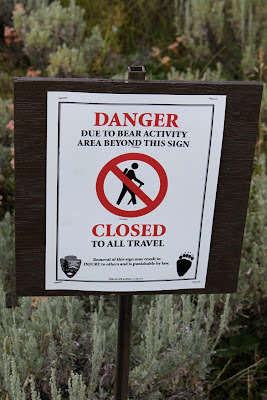 This post is part of series on a Road Trip from Kalamazoo to Wyoming.
Posted by Chuck Stull at 12:15 PM