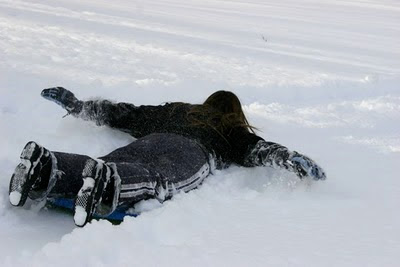 Days are shorter and nights are colder but there are still plenty of things to do around Kalamazoo in Winter. 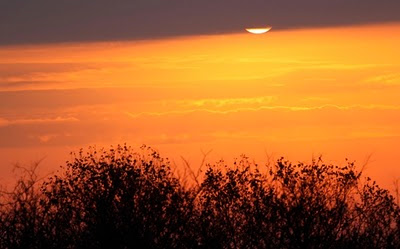 In my family, we've been trying to establish a holiday tradition of giving. Michigan's quality-of-life depends on a large number of non-profit groups. These local nature organizations could use your support:

Happy Thanksgiving!
Posted by Chuck Stull at 7:00 AM No comments:

Email ThisBlogThis!Share to TwitterShare to FacebookShare to Pinterest
Labels: organizations 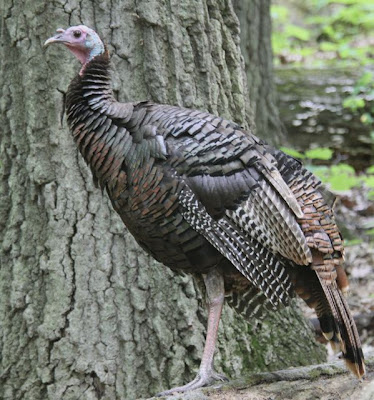 Wild Turkeys (Meleagris gallopavo), the iconic bird of the Pilgrims, were nearly extirpated by American settlers. A 100 years ago, market hunting and habitat destruction had completely eliminated turkeys in many eastern and midwestern states, including Michigan, and severely reduced their populations throughout the country. Today, turkey populations have rebounded, perhaps reaching their highest levels in 300 years.

What happened? ---Taxes and government regulation saved the turkey.

By the end of the 19th century, states were beginning to pass laws to restrict market hunting. The Lacey Act, a federal law passed in 1900, outlawed the interstate sale of illegal wildlife products. Together these regulations slowed the decline of the turkey but it wasn't until a new tax was introduced during the Great Depression that the birds started to recover.

In 1937, The Pittman Robertson Wildlife Restoration Act imposed a sales tax on hunting equipment. The tax was supported by sport hunters since its revenue was used for habitat acquisition and improvement, reintroduction of species, and research & education. This successful program, administered by the US Fish and Wildlife Service, funded the return of the turkey (and many other species).

Today, wild turkeys are pretty common. In Kalamazoo, I frequently see them on my commute to the college. In Michigan, turkey population estimates are 40 times higher than they were in the 1960s. In some places, turkey-human interaction has led to conflicts. 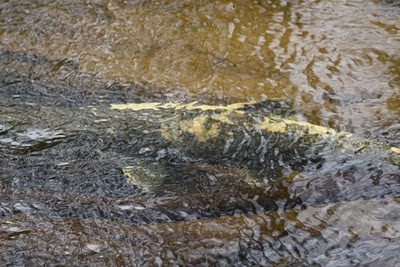 Each year, Michigan's Department of Natural Resources stocks millions of hatchery-raised young salmon in tributaries of the Great Lakes. As a result, Lake Michigan salmon fishing and fly-fishing for salmon have become popular local sports. Salmon spend four years in the Lake before returning to the rivers to breed and die. The DNR collects eggs from these returning fish to raise in its hatcheries.

Last weekend, we saw a big Chinook in the Pere Marquette river. The run was several weeks ago, so this one was in pretty bad shape. It was still an impressive fish.

The Great Lakes Fishery Commission has an extensive history and analysis of Lake Michigan's fish population (pdf)
Posted by Chuck Stull at 7:00 AM No comments: 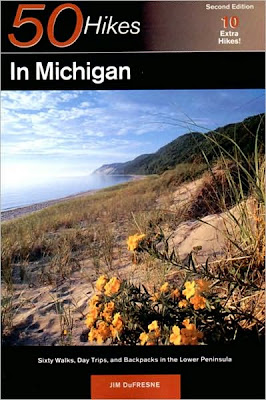 In an earlier post I listed several hikes near Kalamazoo from this book's "Heartland" section. Author Jim DuFresne also recommends trails throughout the entire state. I've selected a few hikes from his Lake Michigan section that aren't too far from Kalamazoo.

1. Mt Randal Trail, Warren Dunes State Park
4 miles
"This 1,952-acre park offers to hikers a 4-mile loop that includes a bit of everything: a stroll along Lake Michigan, stretches through forests, knee-bending climbs up mountains of sand."

2. Warren Woods, Warren Woods Natural Area
2 miles
"The natural area is open daily from 8 AM-dusk year-round, but the best time to come is late September through mid-November when the leaves take on their autumn colors. Birders arrive in the spring, however, to look for warblers and other songbirds, while skiers enjoy the trails during the winter when there is sufficient snow. The trail is easy to follow and makes an ideal family outing."

3. Baldtop, Grand Mere State Park
2 miles
"The unique land formations and flora that attract naturalists to the park are the reasons Grand Mere was designated a National Natural Landmark. The glaciers that scooped out the Great Lakes 10,000 years ago also carved out a number of smaller depressions along the western edge of the state, which evolved into interdunal lakes, ponds, and wetlands."

Access: South of St Jospeh. Exit 22 from I-94, then west on John Beers Rd which becomes Grand Mere Road. Then south on Thorton Dr to park.
Grand Mere State Park


5. Homestead Trail, P.J. Hoffmaster State Park
2.7 miles
"In Michigan, we are blessed with a shoreline that showcases 275,000 acres of sand dune formations, the largest display of freshwater dunes in the world. They stretch from the tip of the state's thumb off Saginaw Bay to the giant perched dunes above Lake Superior and include the country's most famous dunes, the Sleeping Bear Dunes,off Lake Michigan. Perhaps the best place to learn and study about these truly remarkable formations is at P.J. Hoffmaster State Park, where you can combine a visit to Gillette Nature Center, Michigan's Sand Dune Interpretive Center, with a hike through the various life zones of a dune along the Homestead Trail."

6. Dune Ridge Trail, Muskegon State Park
6.5 miles
"The trail system is a series of loops that wind through an amazing variety of landscapes including open dunes, interdunal ponds, stands of century-old pines, and an area called Devil's Kitchen, where the mist rises and swirls as if Satan is stirring his caldron. The northern portion of the system surrounds the park's Winter Sports Complex and was cut as cross-country ski trails."

Access: from US 31 exit 118 onto MI 120. Take MI 120 southwest to Memorial Drive which goes into the park. Three campgrounds.
Muskegon State Park


7. Silver Lake Sand Dunes, Silver Lake State Park
6 to 7 miles
"One of the most unusual hikes in the Lower Peninsula isn't on a trail at all. This trek is a journey through Silver Lake State Park's trailless backcountry, a mile-wide strip of dunes between Silver Lake and Lake Michigan. There's not another hike like this in Michigan or even the Midwest because no other stretch of dunes is so barren."

Available from Amazon, Barnes & Noble, and many libraries.
Posted by Chuck Stull at 7:00 AM No comments: 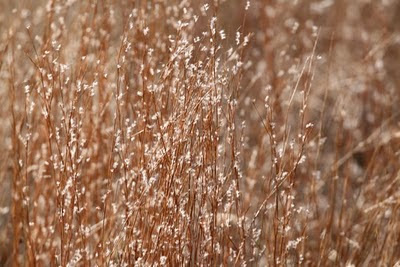 Little Bluestem (Schizachyrium scoparium) is an interesting prairie grass. At only 3 feet tall, it's much shorter than Indian Grass, Big Bluestem or Switch grass. In Fall, clumps of Little Bluestem can be striking, as the fluffy seedheads catch the light, drawing your eye to the orange-colored stems.
Posted by Chuck Stull at 7:24 PM No comments: 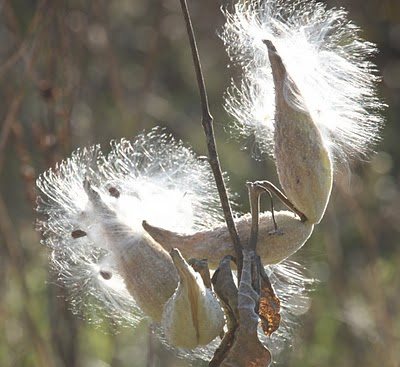 Common Milkweed (Asclepias syriaca) provides food for Monarch caterpillars during the summer. By now the Monarch butterflies have started their 2000+ mile migration to Mexico for the winter. The milkweed is also moving to the next stage in its lifecycle. The silky fibers use wind power to disperse the seeds of the next generation.
Posted by Chuck Stull at 9:57 AM No comments: 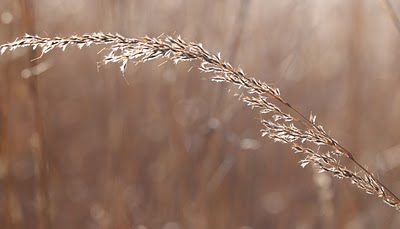 Grasses define the prairie, yet in summer the bright blooms of coneflowers and sylphiums disproportionately attract the eye. Now, the petals have dropped and the brilliant yellows of summer have been succeeded by the muted tones of Fall and the true dominance of the prairie grasses becomes obvious.

Indian grass (Sorghastrum nutans) is one of the most important plants of the Tallgrass Prairie. The grass grows over six feet high and its roots extend six feet underground.
Posted by Chuck Stull at 9:05 AM No comments: