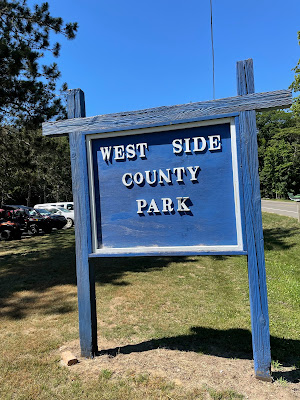 Holiday weekends have been really crowded at Lake Michigan.  Last summer, we weren't able to visit our favorite beaches a couple of times since all the parking spots and the overflow parking were full.  On Sunday, of the Fourth of July weekend, we were in Douglas, MI and didn't want to face the congestion at Saugatuck Dunes State Park or Oval Beach, so we drove south to see what we could find.

Driving about 5 miles brought us to West Side County Park, where we easily found a parking space.  The park had a big picnic area with two pavilions and a lot of picnic tables, occupied by several groups.  There was a grassy play area and a fenced playground.

We walked the length of the park to a nice beach overlook, with benches and a small gazebo.  Access to the beach was fenced off and a small sign said to use the north stairs. 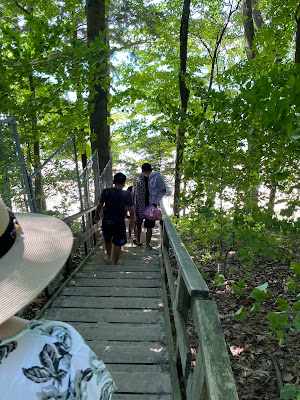 We walked the width of the park through the woods and found a steep stairway down to the beach.  A visitor in the parking lot said she had counted 80 steps initially, but only 77 after drinking a few White Claws.

The beach wasn't huge, but it was a nice stretch of sand with a little bit of shade at the edge of the dune.  The sand changed to pebbles at the waterline, making walking less comfortable.  There were plenty of people of all ages using the beach on what I imagine was one of its busiest days of the season. 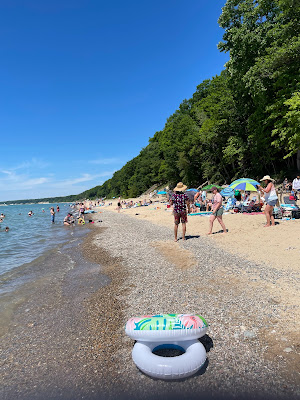 This was a new beach for me and a nice option when everything else was likely to be full.   It looks like the park had a wheelchair accessible ramp to the beach at one point, but we didn't see any traces of it.  A cooler would be difficult to manage on the current stairs and a wheelchair would be impossible.

Posted by Chuck Stull at 2:38 PM No comments: 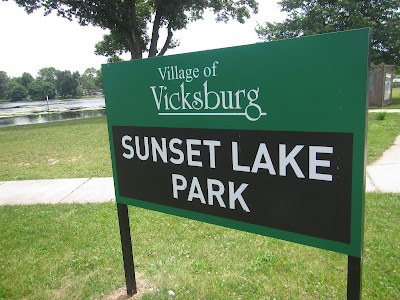 Sunset Lake is about 15 miles south of Kalamazoo in the Village of Vicksburg.  It's a long narrow lake with access at Sunset Lake Park.  It's a short carry from the street to the little beach in the park. 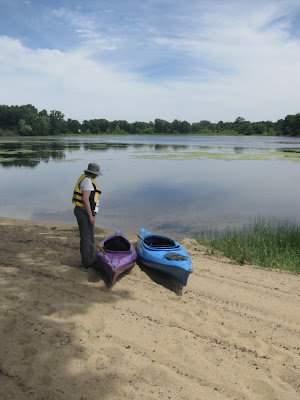 Lakeside homes line the shore near the park.  Paddling north, the docks and houses give way to cattails and trees.  The Vicksburg Recreation Area preserves a section of waterfront on the east. 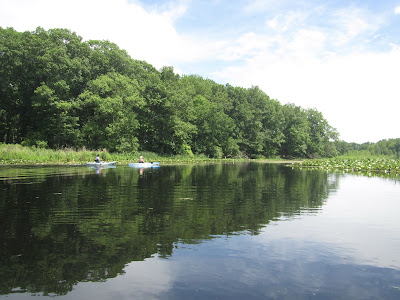 Sunset Lake had plenty of seaweed, algae, and duckweed.  I'd recommend visiting early or late in the season when the vegetation is lighter.  We did watch an airboat spraying copper sulfate to control the algae, so it may clear somewhat as the chemicals work. 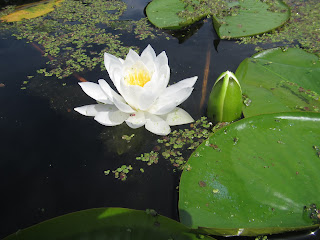 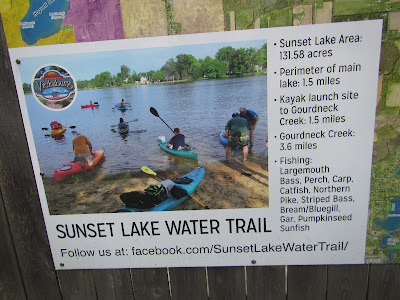 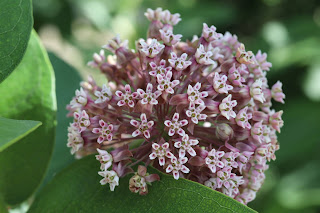 I have three types of milkweed blooming in my yard.  I've let a big patch of Common Milkweed (Asclepias syriaca) turn into a jungle near my mailbox. 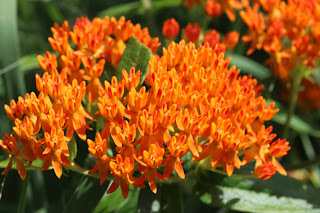 Butterfly Milkweed (Asclepias tuberosa) with its bright orange flowers is more attractive.  I have some blooming in a prairie garden in my backyard. 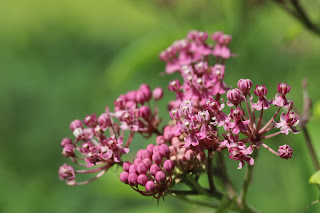 Swamp Milkweed (Asclepias incarnata) with its brilliant pink flowers is a close contender for showiest milkweed.  It grows naturally near our pond. 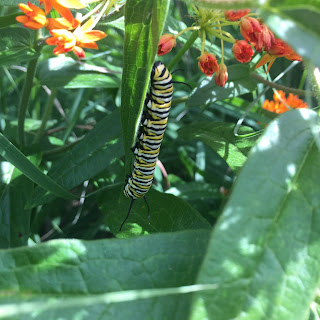 All three are great host plants for Monarch butterflies and their caterpillars.
Posted by Chuck Stull at 12:44 PM No comments: 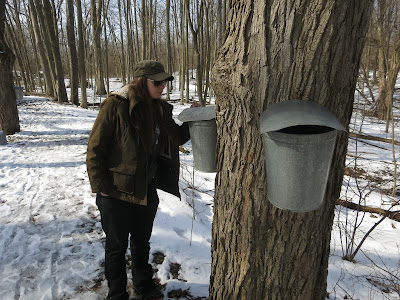 Michigan's recent weather, with warm sunny days and cold, below-freezing nights, is perfect for maple sugaring.  The temperature changes make the sap flow and a strategically driven spile can divert some into a bucket.  Heating the sap concentrates the sweetness, as water transforms into clouds of steam. 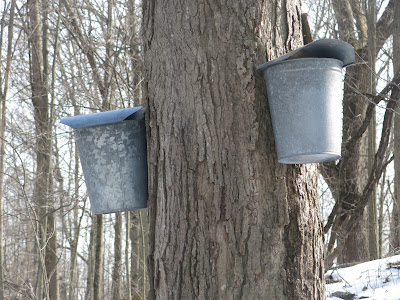 Posted by Chuck Stull at 7:09 PM No comments: 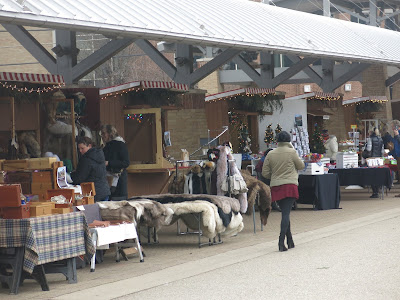 I'd been interested in visiting the Kerstmarkt in Holland, Michigan for several years and this season I finally made it on the last day it was open.  The Kerstmarkt is the Dutch version of the outdoor Christmas markets that are popular throughout Europe. 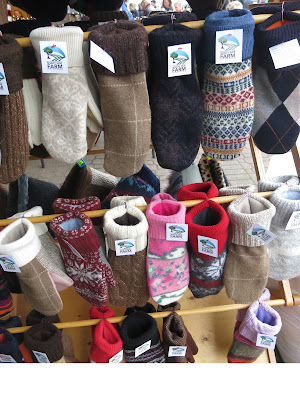 Holland's market featured over a dozen booths selling crafts, plus a few offering food and drinks, and warming hut. 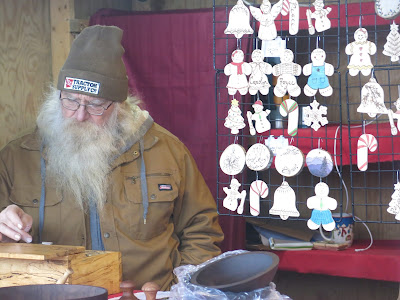 On Saturday's the Holland Farmer's Market sells fresh produce, baked goods, and chocolates which doubles the size of the market. 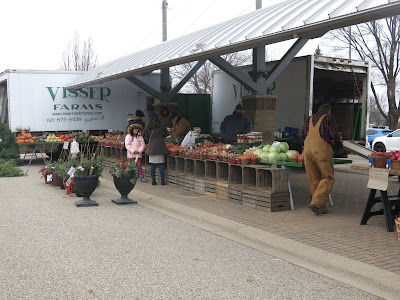 It also offered a dogsled demo on the day I visited. 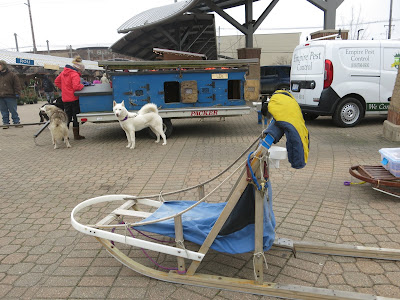 The Kerstmarkt was a pleasant, low-key experience.  It was no where near the size of Chicago's Christkindlmarket but it did make a list of the Top 50 Christmas Markets worldwide.  On its own, I'm not sure it justifies the drive from Kalamazoo but it does make a good excuse to visit downtown Holland during December.

The Kerstmarkt right at the edge of Holland's 8th Street shopping district, which is West Michigan's best "Main Street." My favorite place for lunch in Holland, New Holland Brewing, is just a few blocks from the market. Along the way, The Outpost is great shop for camping, SUPs, and outdoor clothing.  8th Street also has branches of regional favorites like Gazelle Sports and Kilwins chocolates and a newly opened Hopcat. 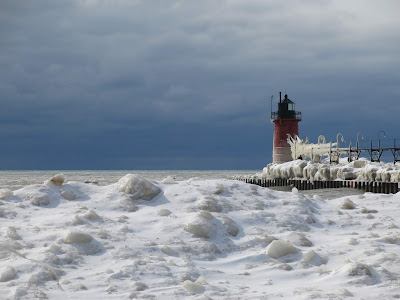 While we had snow earlier this year, December is the traditional start to Winter.  Get ready for a season of skiing, sledding, and skating.  Plenty of local festivals celebrate the season.

OptOutside  An alternative to hitting the malls on Black Friday

The DNR has calendars of events for State Parks and Recreation Areas. 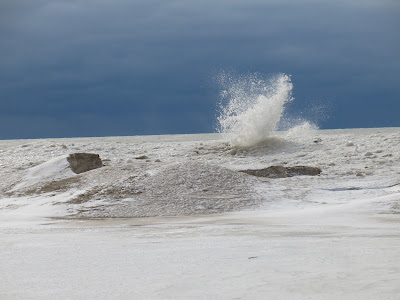 Posted by Chuck Stull at 4:25 PM No comments: 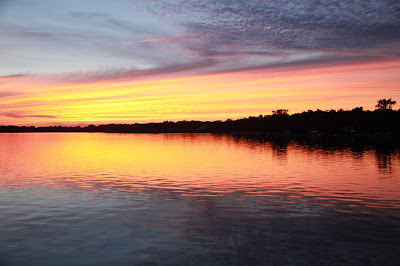 As August comes to a close, Labor Day brings the final holiday of summer.  September and October offer plenty of warm days and cool nights for outdoor activities.  Fall is a great season for for camping, paddling or a walk or bike ride through the woods.  Area festivals celebrate Labor Day, Sandhill Cranes, harvests, and art.

5 Spots to Sip Cider, Pick Pumpkins, and Soak up Fall from Discover Kalamazoo

Fall walks and rides on the Kalamazoo River Valley Trail

The DNR has calendars of events for State Parks and Recreation Areas. 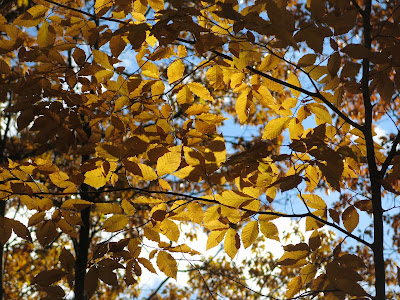 Posted by Chuck Stull at 8:00 AM No comments: