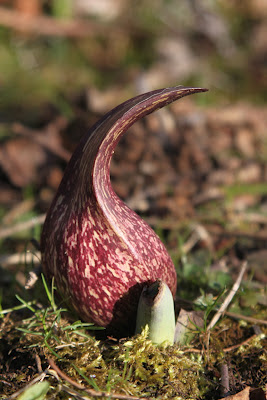 So far, 2012 has been an exceptionally warm Spring (and Spring doesn't officially start until Tuesday.) Red-winged Blackbirds are returning to Michigan, as are Turkey Vultures. Plants are also emerging. The earliest wildflowers, Skunk Cabbage and Harbinger of Spring, are in bloom. 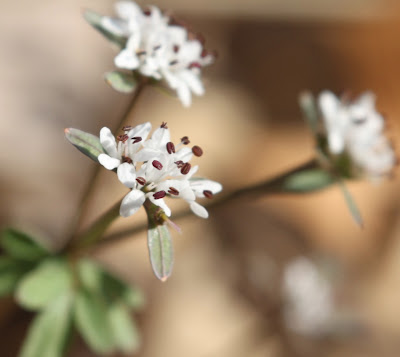 Other wildflowers, which typically bloom later, are also in flower. Spring Beauty opened in the last few days. 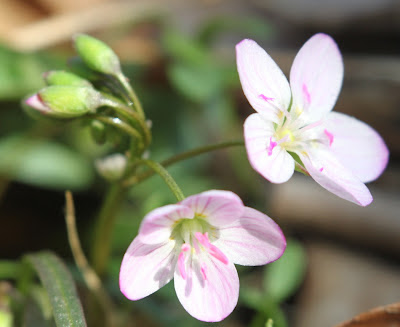 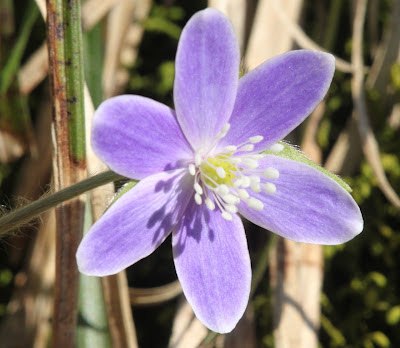 Painted turtles were out enjoying the sun yesterday. 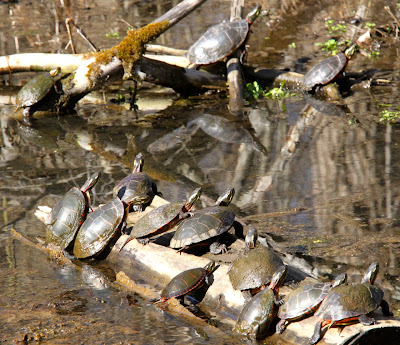 Other area writers with recent posts on Spring include Richard Brewer, CalArti, Ellen Rathbone, and Plants Amaze Me.
Posted by Chuck Stull at 8:41 AM