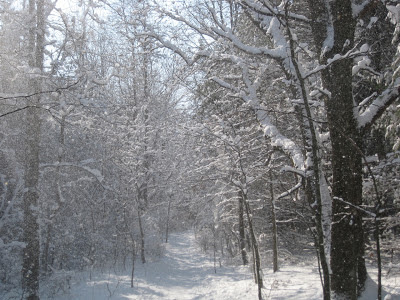 A little snow ahead?  Winter in Kalamazoo is the time for skiing, sledding and skating.  Many nearby communities sponsor parades and winter festivals.  Winter beach walks are invigorating while a quiet walk in the woods can be contemplative.  Dress warmly!

The Department of Natural Resources has events in the State Parks in November, December, January, and February.