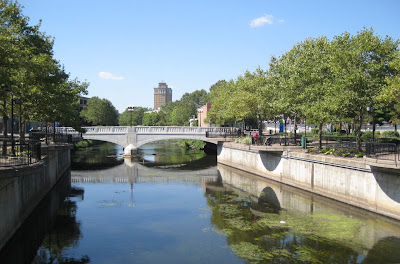 Another trail segment goes north along 20th Street to the Leila Arboretum and then east through various neighborhoods and parks. This section isn't as attractive but it creates a loop back to Bailey Park.