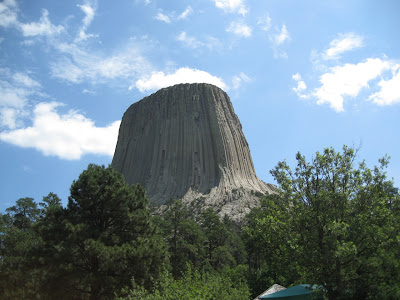 Devils Tower is an impressive sight, visible for miles among the rolling hills of northeastern Wyoming.  Its vertical columns of phonolite porphyry are strikingly different from the surrounding geology. 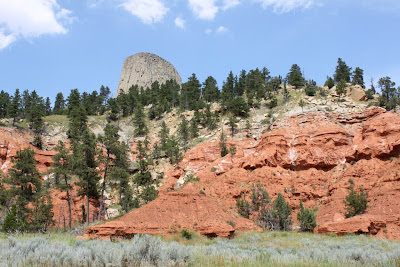 distance from Kalamazoo: 1165 miles
This post is part of a series of Road Trip posts.
Posted by Chuck Stull at 7:00 AM