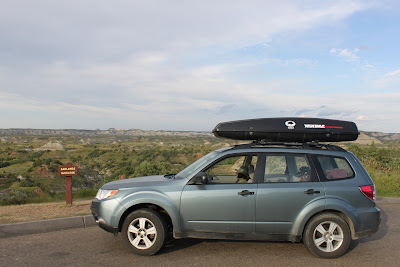 This week, as school winds down, Kalamazoo Seasons will take a virtual vacation, from Kalamazoo to Wyoming and back.  Whether the destination is a National Park, the seashore, or distant relatives-- packing the family in the car and driving long distances is an American tradition.

“In my memory, our vacations were always taken in a big blue Rambler station wagon.  It was a cruddy car—my dad always bought cruddy cars, until he got to the male menopause and started buying zippy red convertibles—but it had the great virtue of space.  My brother, my sister and I in the back were miles away from my parents up front, in effect in another room.  We quickly discovered during illicit forays into the picnic hamper that if you stuck a bunch of Ohio Blue Tip matches into an apple or hard-boiled egg, so that it resembled a porcupine, and casually dropped it out the tailgate window, it was like a bomb.  It would explode with a small bang and a surprisingly big flash of blue flame causing cars following behind to veer in an amusing fashion.
My dad, miles away up front, never knew what was going on or could understand why all day long cars would zoom up alongside him with the driver gesticulating furiously, before tearing off into the distance.  “What was that all about?” he would say to my mother in a wounded tone.”

from The Lost Continent 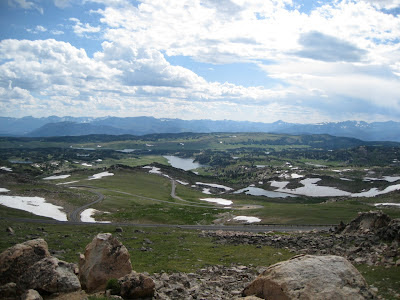 Posts in this series: 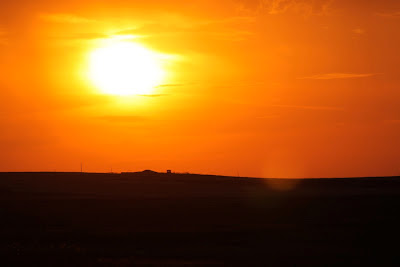