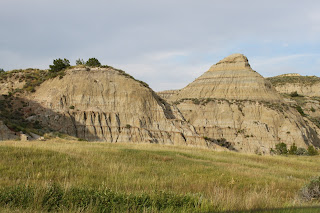 The park was established as a memorial to President Theodore Roosevelt, who protected many of our National Parks.  Teddy Roosevelt made regular trips to the Badlands.  The park consists of three units, including Roosevelt's Elkhorn Ranch.  The South Unit, close to Interstate 94, is the most visited part. 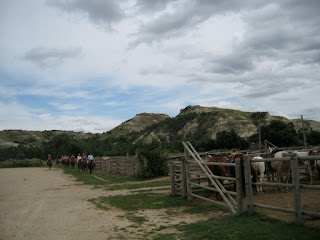 Horseback rides are offered by a concession at the park's Peaceful Valley Ranch. 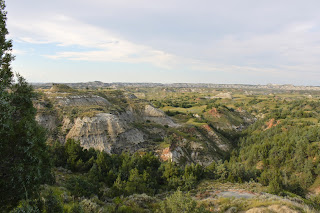 The Cottonwood Campground has reasonably large camp sites along the Little Missouri River.  The sites felt particularly roomy coming from Wyoming's crowded parks.  If you camp, it's a good idea to stock up on supplies before reaching the park, since neither the park store nor the small town of Medora have too much in the way of groceries. 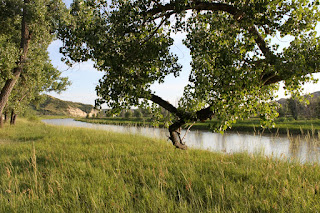 distance from Kalamazoo: 1111 miles
This post is part of a series of Road Trip posts.
Posted by Chuck Stull at 7:00 AM